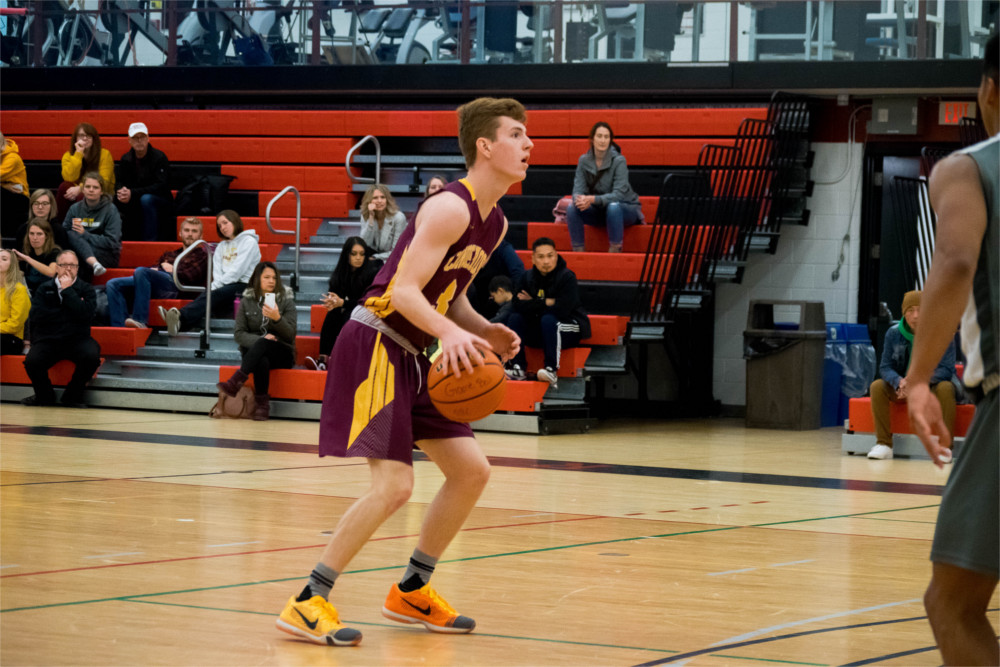 The FLBC Women met the Providence Pilots in the first game of a weekend double-header on Friday night at Southwest Christian High School in Chaska. The Lady Conquerors looked sharp from the start, playing the conference leading Pilots very tough throughout the game, eventually losing by a final score of 58-73. However, featuring strong defense and an attacking offense, FLBC used teamwork to push the Pilots the whole game. Madison Trussoni and Hannah Boyer had big games with Hannah scoring 12 points with 13 rebounds and Madison scoring 14 points and securing 10 rebounds. Grace Dryburgh also had a good night, scoring 15 points along with 7 rebounds of her own.  Trailing 32-37 at the half after shooting 41% from 3-point range, turnovers hurt the Lady Conquerors in their bid to upset the Pilots. The same two teams will meet again tomorrow afternoon at Heritage Christian Academy.

The FLBC Conquerors and the Providence Pilots met on Friday night in the first of two weekend games in an important NIAC match-up. Both teams entered the contest with the Conquerors holding a one game lead in the NIAC standings. As anticipated, these two evenly matched teams played a very physical and competitive game, with the Pilots holding off the Conquerors for the 80-69 win. Though neither team shot particularly well, the Pilot’s Joshua Armstrong had a big night, going 7 for 14 from behind the arc, finishing with 34 points. Along with 25 points from teammate Jordan Lawson and strong team rebounding, the Pilots were able to slowly pull away from a 1-point halftime lead. The Conquerors were led by Micah Moan with 24 points, including 9 for 10 from the free-throw line. Weston Napier had a very solid night with 16 points and 13 rebounds. The loss dropped the Conquerors into a tie with the Pilots for 5th place in the NIAC, with both teams holding a 4-5 conference record.

The Lady Conquerors faced off again with the Providence Pilots on Saturday afternoon at the Heritage Christian Academy gym. The Pilots started out aggressively in this game, establishing an early lead which they never relinquished. The visitors from Otterburne, Manitoba had 5 players in double figures and also enjoyed a rebounding advantage for the game. For the Conquerors, scoring was difficult against tough defense by Providence, especially in the second half. For the game, Madison Trussoni had 16 points followed by Lexi Spilde with 10. Though they battled all night, the Lady Conquerors could not overcome their shooting woes while also surrendering high percentage points in the paint to the Pilots. The 86-43 loss dropped the Lady Conquerors to 3-7 in the NIAC with another conference match-up against TMCC next on their schedule.

The Conquerors and the Pilots met again on Saturday evening for a rematch. This time, the Conquerors came out as the aggressors and jumped to an early lead. They extended their lead to 10 at the half, playing aggressive defense and controlling both the tempo and the boards. It was more of the same in the second half as the Conquerors maintained their lead to finish off the Pilots 64-54. The Conquerors were able to extend the defense and contain the Pilots leading scorer from the night before, holding Joshua Armstrong to 8 points on 3 of 16 shooting. Jordan Lawson had another solid night for the Pilots, scoring 23 points and pulling down 15 rebounds. Mikah Olsen had a break-out night for the Conquerors, scoring 27 points on 10 for 17 shooting, including 4 for 8 from behind the arc. He also hauled in 11 rebounds along with 3 steals and 3 assists. Micah Moan had 11 points and 10 rebounds with Westin Napier also securing 11 rebounds on the night. With the win, the Conquerors returned to a .500 record in the NIAC and re-established their 1-game lead over the Pilots in the conference standings. They will look to gain additional ground in the NIAC against their next opponent, the TMCC Mighty Mikinocks in Belcourt, ND.