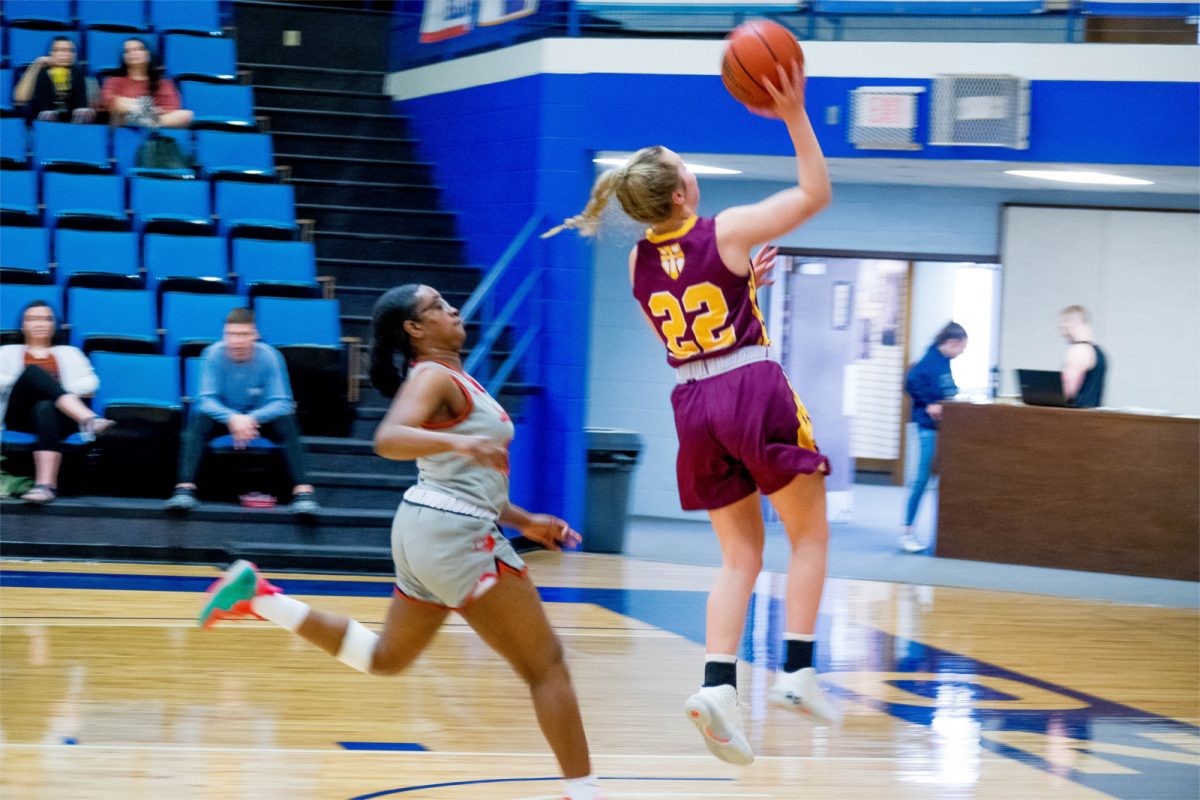 In their opening round game at the 38th annual ACCA Tournament in Joplin, MO, the Conquerors matched up with the Kansas Christian Falcons. Both teams played good defense early and the game was close over the first 10 minutes. However, the quickness and athleticism of the Falcons started to take a toll on the Conquerors. Late in the half, the Falcons went on a 23-3 run to lead 48-21 at the half. Turnovers and fast break points doomed the Conquerors in the first half. Though they were able to make some adjustments, the Conquerors never could get back in the game, losing by a final score of 56-87. The very deep Falcons team was able to go to their bench early and often, allowing every player on their 16-member roster to score at least 2 points. For FLBC, Micah Moan scored 19 to lead the team. The Conquerors shot poorly from the field and had difficulty keeping up with the talented Kansas Christian squad. With the loss, FLBC will meet Rhema Bible College in a rematch from last year’s 2nd round. Game time is 2:15pm at Osark Christian College. The game will be live streamed with play-by-play commentary at https://www.youtube.com/accasports .

The Lady Conquerors met the Barclay Lady Bears in a first-round matchup on Thursday at the ACCA Tournament in Joplin, MO. FLBC played inspired defense and steady offense, playing the Bears very tough in the first quarter. Their steady play continued through the first half, though they still trailed 28-41. In a game that felt closer than the final score indicated, the Conquerors actually closed the gap to under 10 several times in the 3rd quarter. In the end, The Lady Bears pulled away to win by a final score of 84-65. Barclay had 5 players score in double figures while the Conquerors were led by a great game from Madison Trussoni who scored 30 in the contest. The Lady Conquerors also dominated the boards by a 57-42 margin. Bobbi Jo Alverson had 10 rebounds while Grace Dryburgh had 8. FLBC will move into the next round against Trinity Bible College on Friday at 2:00pm. The two teams from the NIAC will meet for the third time this season, splitting a pair of games in their previous meetings. Unfortunately, the game will not be live streamed on Friday.