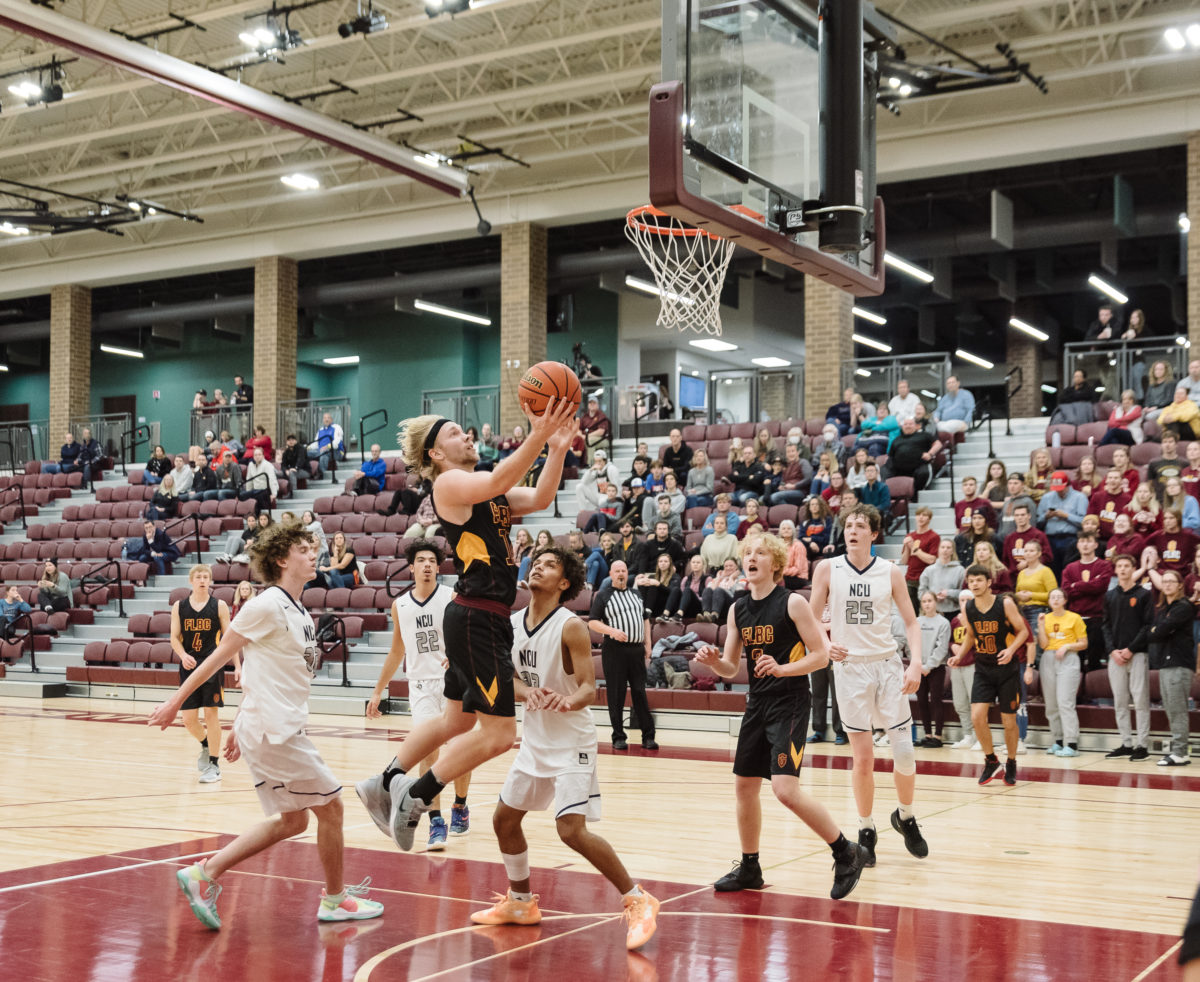 The FLBC men’s basketball team continued their strong start to the season with a convincing victory over the visitors from North Central University by a final score of 90 to 76. The Conquerors squared off against the JV squad from North Central on Monday evening, November 15, as the home team welcomed fans to the season opener at the brand new Student Life Center on campus. In what has become a trend during the early season, FLBC opened a significant first half lead through a combination of balanced scoring and aggressive defense. They led the Rams by a halftime score of 41 to 20. In the second half, the Rams got hot from the outside and tried to narrow the gap. But time and time again, the Conquerors responded to hold the lead at double figures by limiting runs from the visitors behind strong shooting of their own. FLBC finished the night shooting at a 48% clip from the floor, including 39% from behind the arc.

For the second time this season, the Conquerors had all five starters finish in double figures, led by Micah Moan with 25 points, and Mitch Marr with 19 points. Issac Impola (19 points), Andrew Carlson (15 points), and Jonas Fairrow (12 points) all had strong games. Micah Moan (10) and Jonas Fairrow (11) also had double digit rebounds. On the night, FLBC outrebounded the taller Rams from North Central by a margin of 40-32. FLBC assistant coach Logan Strand commented, “We really set the tone on defense early. Our guys did a great job playing team defense and making everything difficult for them.” Head coach Bierle added, “I was really pleased with our overall effort tonight. It was a nice opener and playing in front of our home crowd was a real encouragement to our entire team. The team and the fans were great tonight!”

Next, the Conquerors hit the road to open conference play against NIAC opponent the NHSC Storm from New Town, ND. The FLBC men play back to back games this weekend, including game one at 8:00pm on Friday, November 18 and game 2 at 2:00pm on Saturday, November 19. Both games will be played at the Northern Lights Wellness Center in New Town and should be live streamed on the NHSC Storm Facebook page.