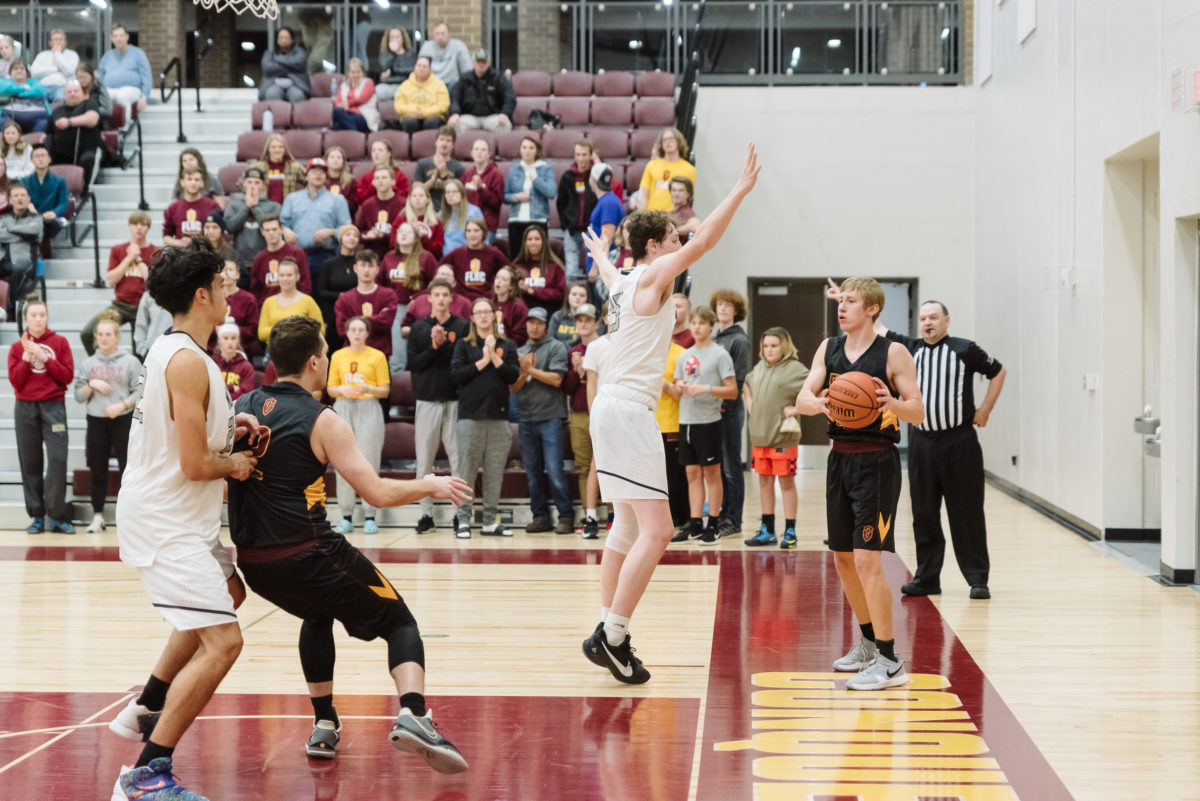 On Tuesday evening, November 30, the Conquerors dropped a game to the Crown College Storm by a final score of 60-79. Playing in their home gym, the Storm jumped out to an early 15-0 lead. It was a lead that they would never relinquish to the Conquerors. The slow start doomed the Conquerors who struggled to score early in the game before settling down in the second half. “We came out a little sluggish and by the time we got our footing, it was too late. Crown played well and was definitely the better team tonight” said Coach Bierle. Though it was little consolation, the Conquerors outscored the Storm 35-27 in the second half after trailing 25-52 at the half. “I was proud of our heart and our effort in a game that got away from us early. No one quit on that floor tonight” continued Bierle.

In his first start of the season, Anders Ryden logged a ton of minutes as he manned the point for the Conquerors on both offense and defense. Mitch Marr (14 points) and Isaac Impola (18 points) led the team in outside scoring, while Jonas Fairrow contributed 12 points inside along with strong rebounding. Andrew Carlson played tough interior defense and battled on the glass all night before fouling out late in the second half. “All of our guys saw some significant court time tonight, and our bench players were ready to play and contributed quality minutes when we needed them” said Coach Strand. The Conquerors now turn their attention to Parent’s Weekend and their rematch with the Knights from Spurgeon College on Saturday, December 4, at 3:00 p.m. on the campus of the Free Lutheran Bible College. The team is looking forward to the match-up and what is likely to be one of the biggest, and loudest, home crowds of the season. The game will be livestreamed and may be accessed through the FLBC Athletics website at the following link https://athletics.flbc.edu/live-stream/.